This article analyzes the particularities of the Pentecostal family and collective memory about the revival of their religious organization during the Nazi occupation of Ukraine.

In the years 1941–1943, the Ukrainian Pentecostal Church was formally revived under the leadership of Havrylo Ponurko, who was elected bishop.

In the collective memory of the Ukrainian and Russian Pentecostals, the memory of the religious revival in 1941–1943 was later completely marginalized.

The family memory of the religious revival in the period 1941–1943 is also almost lost. Among the numerous family legends about H. Ponurko’s dramatic life, there are no recollections of his religious and missionary activities during the period 1941–1943, when he was elected Church Bishop. With great respect, H. Ponurko’s descendants maintain the cherished memory that their ancestor was one of the first Pentecostal missionaries in Ukraine, and that for many years he had served as Bishop of the Christian Church of the Evangelical Faith. However, the specific year of his election to this responsible position was not retained in his family’s memory. Not only was the process of religious and church revival completely erased from both the collective and family memories, but the memories of the oppression of the Pentecostals by the German occupying power as well.

That can be explained by the desire of religious Soviet citizens to avoid persecution by the authorities and to be full-fledged members of Soviet society. Consequently, they placed their personal and group memory within the framework of official discourse of the “Great Patriotic War”. As a result, even the memory of persecution by the German occupation authorities has disappeared, because according to official Soviet mythology, the Nazis did not persecute Soviet citizens for their religious beliefs. Additionally, such memories inevitably led to perceiving of parallels between the repressive policies of Nazism and Stalinism.

After brutal repression by Stalin’s regime, the religious citizens in the USSR developed modes of strict self-censorship. This led to a conscious reformatting of collective and family memory. As a result, memories differing from the official narrative of the Second World War were deliberately forgotten. Therefore, H. Ponurko and other activists within the religious and church revival decided to “forget” the events of 1941–1943 so as not to place their families and associates at risk of repression.

On the other hand, the official myth of the “Great Patriotic War” formed a conformist-positive memory aimed at uniting Soviet society and enabling it to grapple and come to terms with the traumatic experience of the 1930s and ’40s. People had to find a certain meaning for the pain they had endured and to explain to themselves why they had suffered. That could be accomplished by recognizing that all these sacrifices, both personal and collective, were crucial for the “Great Victory” over the world of evil, i. e. over Nazism. Perhaps the narrative of the “Great Patriotic War” provided Pentecostals, like other religious groups in the USSR, the opportunity to place their personal experience, mostly tragic, within the armature of the all-Soviet cultural memory, and thus to feel themselves as an integral part of Soviet society.

Candidate in the Historical Sciences, Associate Professor of Philosophy and Pedagogy, National Technical University “Dnipro Polytechnic”. Author of a number of publications on the history of the Orthodox Church in the 20th c. 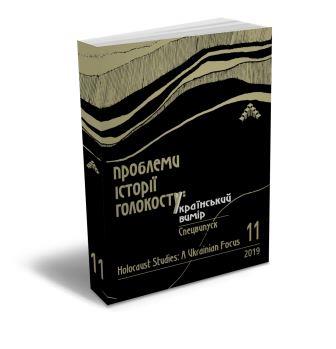